Magazine Date
03-05-21
Magazine Article
Wakeham
The Trail Camera was out last night, but all was quiet until this morning, when the pond and water fountain were visited by Goldfinches, House Sparrows and a Willow Warbler.
I did wonder if this Willow Warbler would drop down to the pond. As I was feeding the ducks I saw it in the Cherry Tree and next second it was on the ground somewhere.
Lower Horse Paddock, Broadcroft Quarry Lane and Broadcroft Butterfly Reserve
Later I took Ted for a walk around the Butterfly Reserve and was quite surprised by the number of Common Whitethroats singing. I counted at least 8 birds, but there could well have been more. Also on the reserve were singles of Blackcap, Chiffchaff and Willow Warbler.
As I crossed the quarry lane to get to the west reserve, 2 Yellow Wagtails flew overhead and were heading west. Later a single bird was over the Lower Horse paddock.
From the moment I stepped out of the front door of the cottage, to the time I got back an hour later there was a continuous passage of Swallows, House Martins and Sand Martins in loose flocks heading north over the fields and reserve.
Also about were many Honey Bees, especially on the Gorse Flowers and I also came across two Orange-tips. The first was an Orange-tip Mining Bee in the lanes and the second a male Orange-tip Butterfly in the horse paddock. The latter my first for the year. 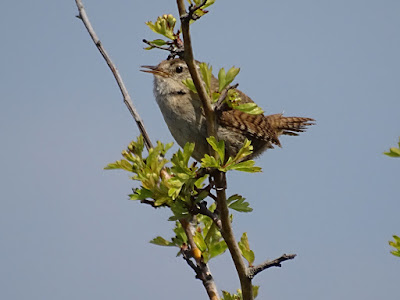 One of many Wrens I came across on my walk and most were singing very loudly
There were a good number of Common Whitethroats on the Butterfly Reserve with 5 on the east reserve and 3 on the west reserve, plus there were 2 in the Lower Horse paddock. Here is one singing from within a bush. 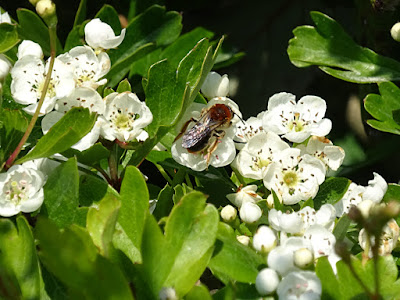 When they have familiar markings on them, identifying andrena bees is quite simple. If only!! This individual has an orange-tip to its abdomen and is one I'm familiar with. This is an Orange-tip Mining Bee and also goes by the name of Early Mining Bee (Andrena haemorrhoa) 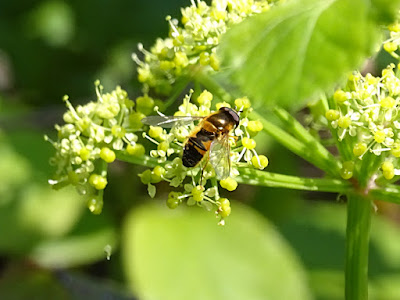 As Spring advances, so different species of hoverfly start to appear. This is a Spring Epistrophe (Epistrophe eligans) 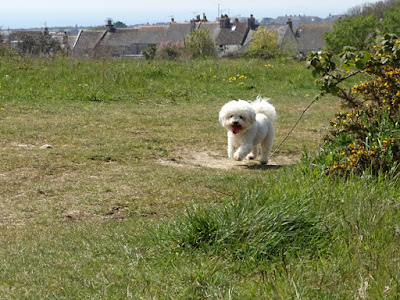 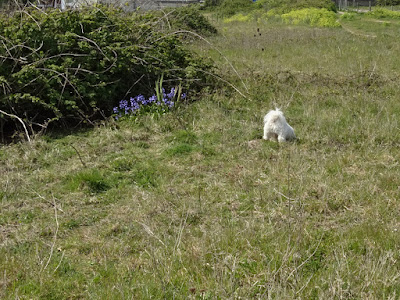