On the way back from Weymouth, Dawn and I stopped off at Ferrybridge to give Ted a walk. Well okay, and also so I could see what was about as the tide started to drop.

Main highlight was my 100th bird of the year, a Greenshank way out on the mudflats. Also about were the Little Terns and if you couldn't see them, you could certainly hear them. There were at least 4 Sandwich Terns here as well.

As the mudflats began to show, a large flock of 60+ waders took off close to the Chesil Beach Visitors Centre and made their way further up The Fleet close to the Mussel Bed Farm, or are they Oyster Beds, I'm not sure!! The flock was mainly Dunlin, but I did notice one or two Ringed Plovers in amongst them as they fed close to several Bar-tailed Godwits.
Close to the embankment was a Little Egret and even closer a Whimbrel which was only around 30 metres from where we were stood.

Here are a few images and videos from this afternoon: 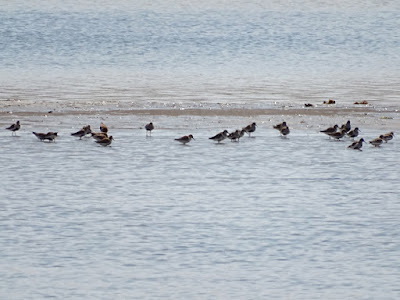 Just a few of the Dunlin that landed on the mudflats as the tide dropped. 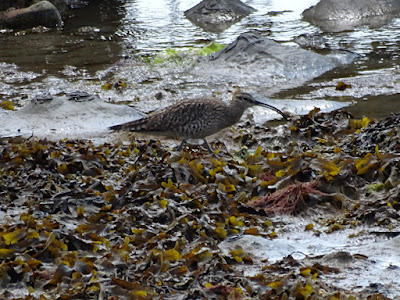 This Whimbrel was feeding on very small Shore Crabs. Not the best of photos, but there is a crab at the tip of its bill.
And here it is again foraging in amongst the seaweed 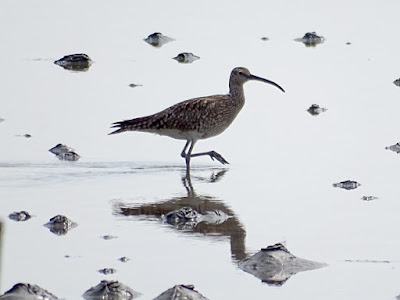 A bit later it headed out to open waters. 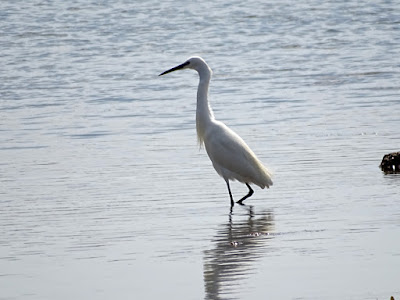 A little further out was very elegant looking Little Egret 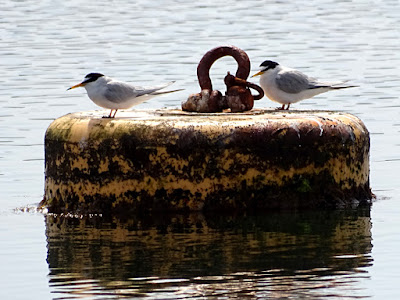 And when they aren't chattering away, the Little Terns have a break by sitting on the boat moorings.
And they are off 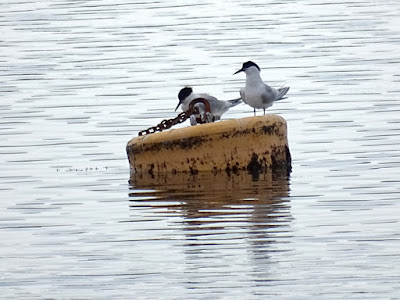 And here are their larger cousins the Sandwich Terns. Looks like one of them is a bit overweight. Hold on!!! 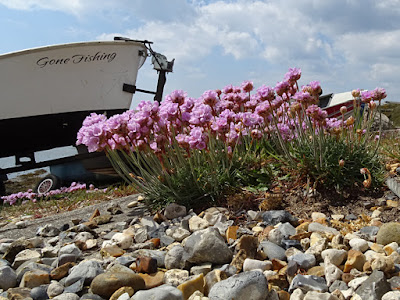 And me being a bit arty with Sea Thrift (Armeria maritima) taking centre stage. 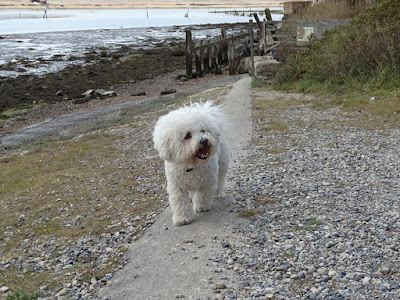 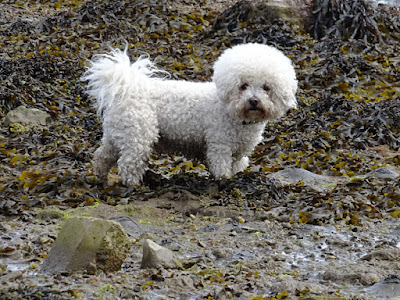 Later this afternoon, Dawn noticed a bird going in and out of the nest box I put up by the gazebo. After waiting several minutes, a female Great Tit arrived with a huge beakful of moss and proceeded to enter the box. It's been quite a few years since I have had anything nesting in the boxes. 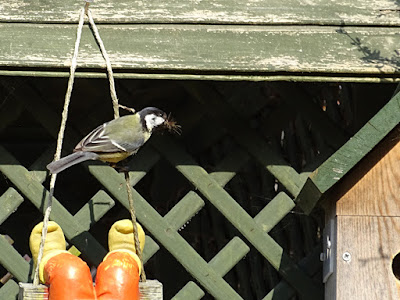