Being the weekend and with lots of visitors to the island, Ted and I just kept to our local walk away from the cove. I had hoped there might be a few migrants about, especially Wheatear in the Lower Horse Paddock, I did come across one, but not in the Paddock where they can normally be found, but in the butterfly reserve (east).

Other migrants noted were Skylark, House Martin, Swallow and Siskins. There have been some really numbers of the latter passing up the island in recent day's.

Main highlight today though was finding Ivy Bees in flowering Ivy along the fence line between the Higher Horse Paddock and the butterfly reserve (west). A location where I have never seen them there before.
Another highlight was an unusual one, with 2 Ringlets also in the butterfly reserve (west). This is quite late in the year for this species, but not unheard of.
One thing I did notice today were the number of singing Robins, with a good dozen or so noted along my route. Well I guess Winter is on its way and they are now setting up their over-wintering quarters. The photo of the Starling below is testament to that!!

Here are a few images: 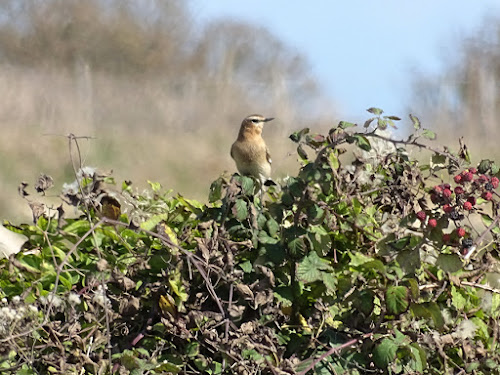 There are still a few Wheatears about. This one was in the Butterfly Reserve. 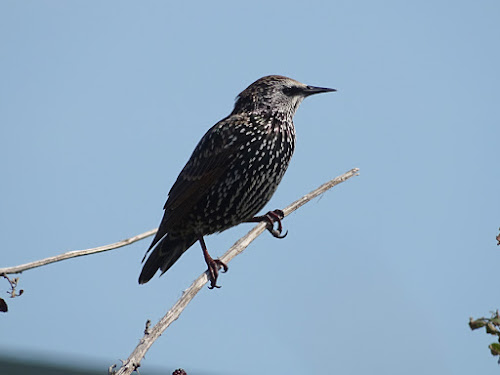 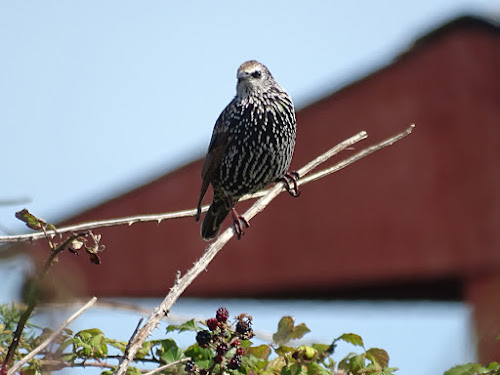 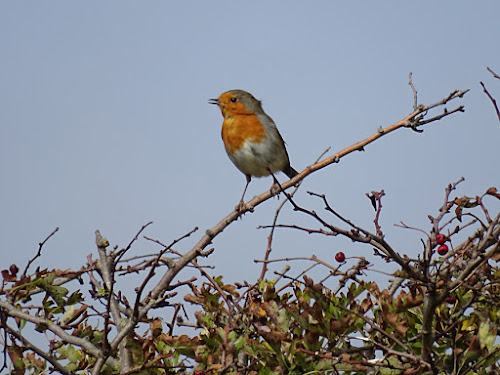 The island is now full of Robin's singing, as they set up their Winter quarters. 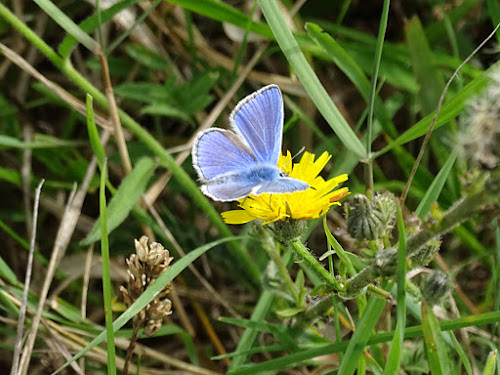 A male Common Blue and in good condition. A late emergence. 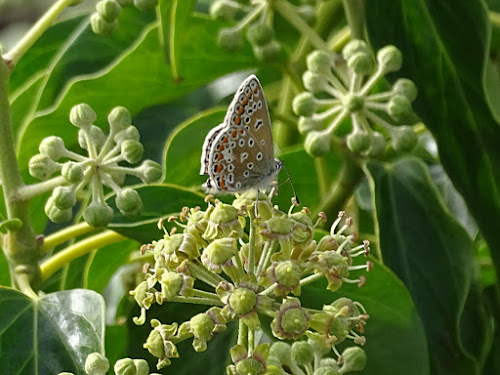 And the female Common Blue close by. 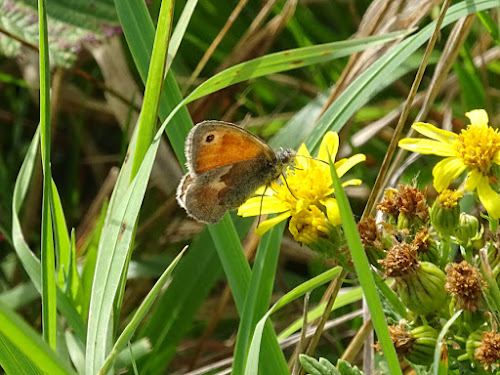 It was a good day for butterflies. This is a Small Heath 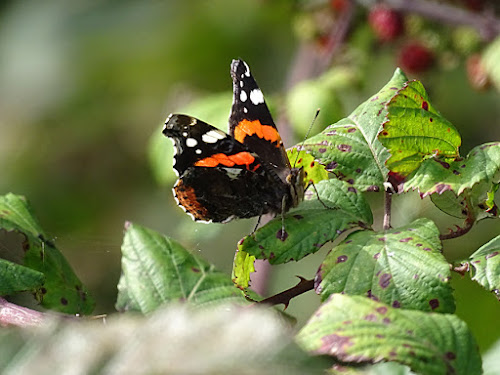 On the Brambles a Red Admiral 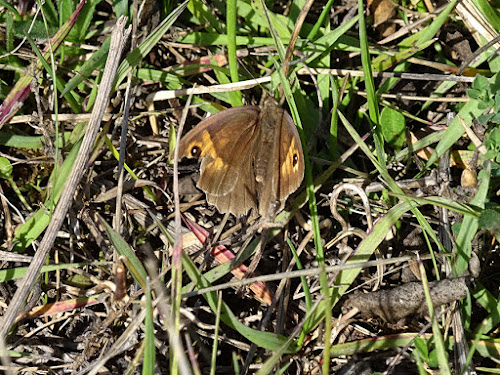 Not all butterflies are in good condition. This Meadow Brown is looking a bit battered. 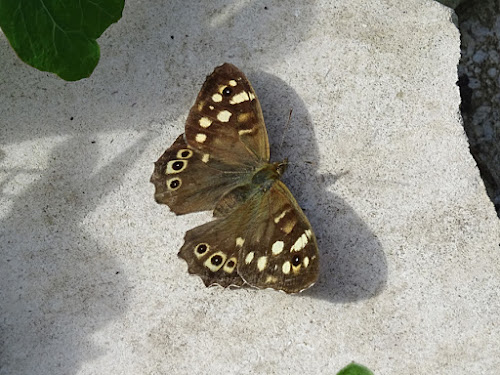 I did come across several Speckled Woods in the reserve, this one though was just behind the Alessandria Hotel. 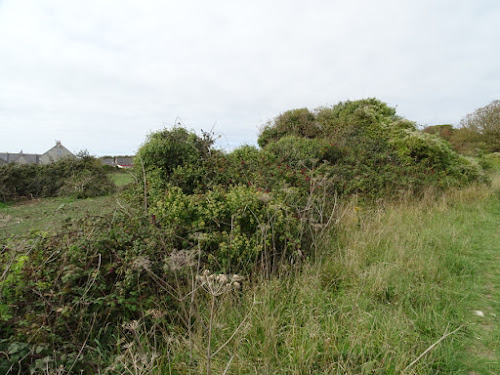 And a big surprise today was finding 30+ Ivy Bees on the Ivy along this stretch of hedgerow. 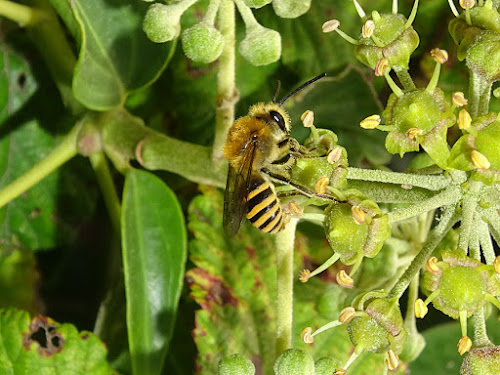 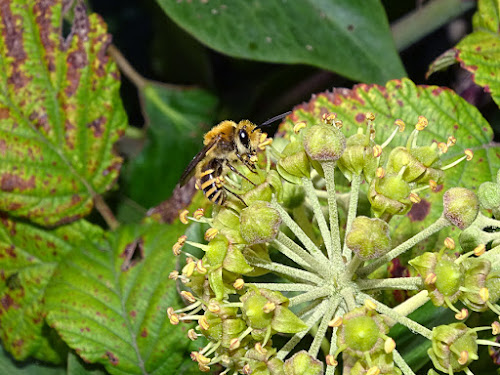 ..............solely dependant on Ivy flowers. Hence the reason it is a "seasonal" bee and can only be seen between September and the end of October, maybe the start of November, depending on the amount of Ivy still in flower. 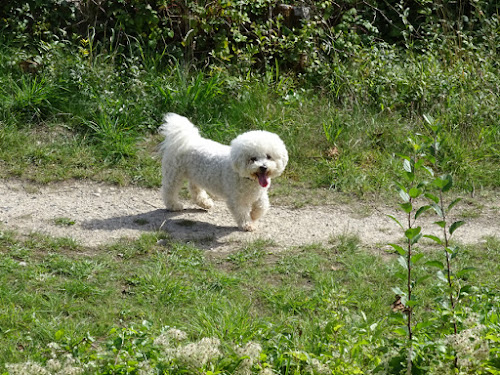 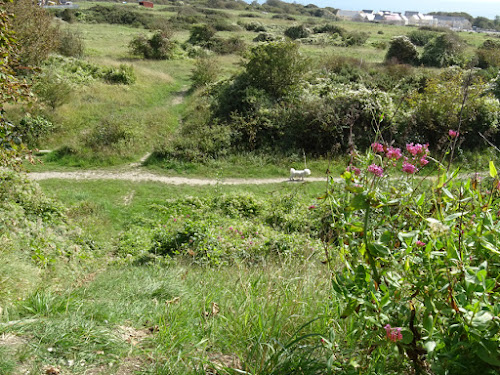 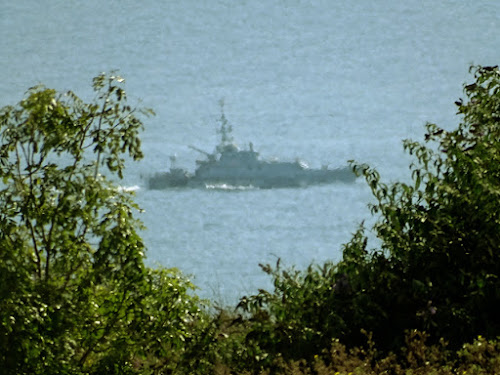 I know not what this military ship is. It is certainly small enough for a Patrol Boat or maybe a Frigate......... 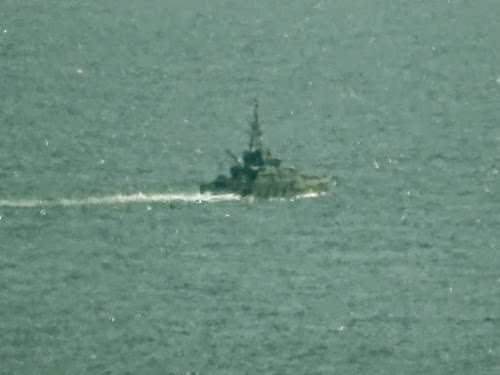