Another day spent in the back garden. So many jobs to do, but at least there was some good wildlife to keep me company.
Overhead there were more Siskins heading north. There must be thousands in the UK now, as everyday for the past week or so, there have been hundreds arriving from the continent.
Also noticeable were more Meadow Pipits and finches making their way up the island. And in the opposite direction a few Swallows headed south. Very briefly a Chiffchaff flew into the garden, but didn't stay long.

In the garden where the Slow-worms are normally found, I came across a juvenile Common Toad which was just a bit bigger than my thumb. Meanwhile in the pond, there were 2 juvenile Common Frogs and an adult. No sign of any Palmate Newts though.

Elsewhere in the garden were a few Large Whites and a nice surprise a Green-veined White. Also found was solitary Tapered Drone Fly. More noticeable than ever now, are the number of Garden Spider webs, which in some cases stretch for 5 or 6 feet. 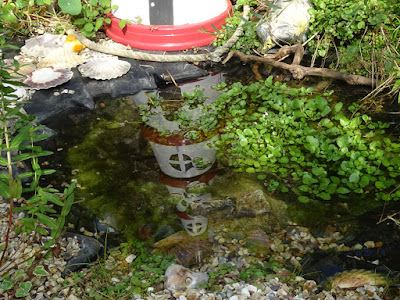 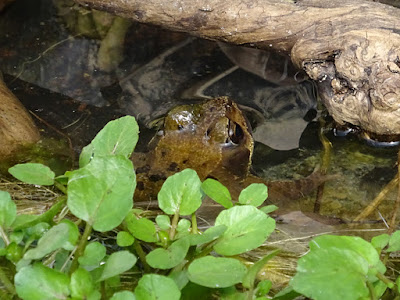 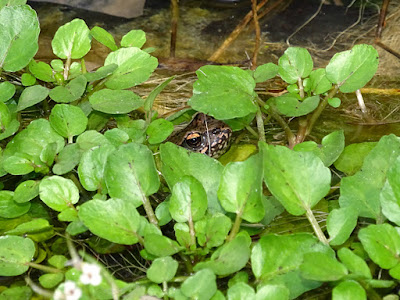 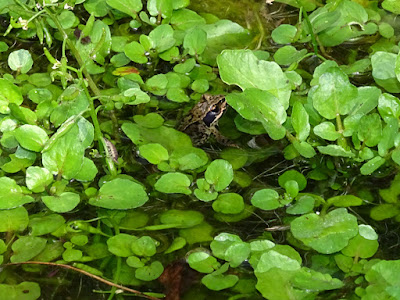 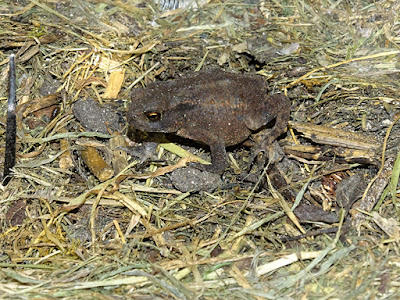 It's been awhile since I've come across a Toad in the garden. This very small juvenile was under the corrugated metal sheet, where until today was where you would normally find the Slow-worms. A very welcome addition to the garden, especially with so many slugs roaming the flowerbeds. 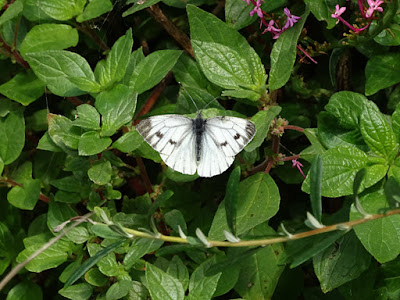 It's always nice to find something a bit different and today that went to a Green-veined White, which is the first I have seen in the garden. 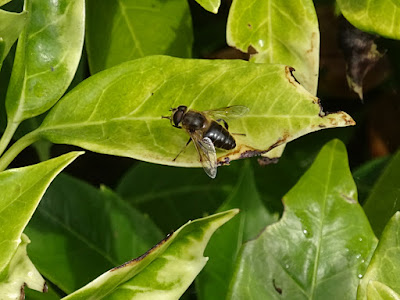 Just the one hoverfly seen, a Tapered Dronefly 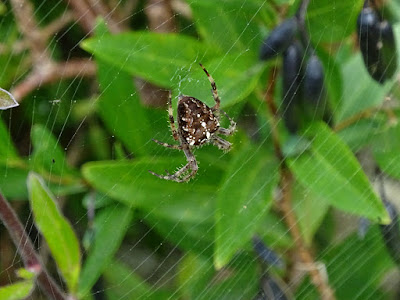 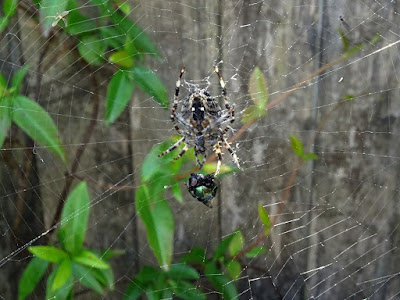 If you are squeamish, then my back garden is not for you. There are dozens of them and doing quite well by the looks of it.
Birds Recorded: Herring Gull, Wood Pigeon, Swallow, Meadow Pipit, Robin, Blackbird, 1 Chiffchaff, Great Tit, Blue Tit, Wren, Magpie, Carrion Crow, Jackdaw, Starling, House Sparrow, Chaffinch, Linnet, Siskin and Goldfinch