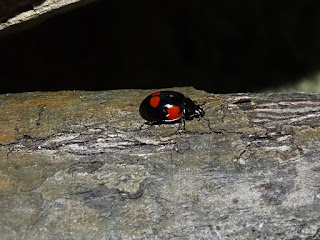 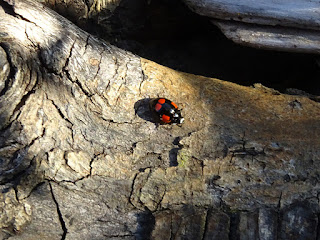 .............others, like this one seen today are black with red spots. Having read up on this ladybird, it appears that the black versions are most common in the north where it helps the insect to absorb heat from the sun. 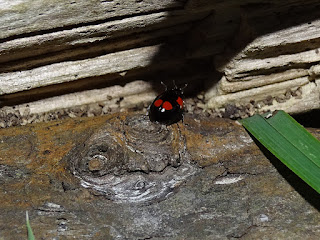 This particular form is quadrimaculata, there is another form sexpustulata which has an additional two red spots at the rear, which this one obviously hasn't.

The plan this morning was to get rid of some rubbish at the Recycling Centre and then drive on to Tout Quarry, in the hope of finding a Grayling or two. Well the first part of journey went well, but when I arrived at the quarry, the car park was jam packed.

Having failed to see any Grayling on my last visit there, when it was packed with visitors, I decided it would probably be a loss cause and drove off.

So Plan B was a visit to Thumb Lane and the two quarries close-by. And what a great walk it was with just one jogger seen for the hour and a bit that Ted and I spent there.

Despite the windy conditions, it was quite warm and with a fair bit of sunshine there were a good 16 butterfly species seen, including 2 Wall Browns, with the main highlight being at least one maybe two Large Tortoiseshells just south of Thumb Lane copse Here. Sadly the latter never alighted, so no photos, which was a shame.
Other highlights were a few warblers, with Chiffchaff, Willow Warbler and Blackcap all seen and heard. A nice surprise was watching a pair of Greenfinches heading east overhead. 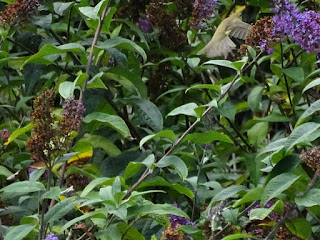 A Willow Warbler takes off just as I was about to photograph it feeding on the Buddleia. 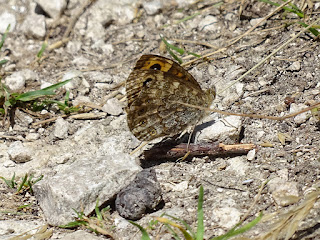 My first photo of a Wall Brown this year. Shame about the piece of grass in front of it.
I said it was windy and the Wall Brown is really clinging on to stay put. 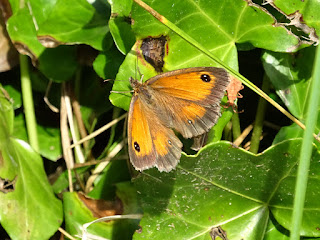 As I have mentioned many times this Summer it has been an excellent year for Gatekeepers here on Portland. 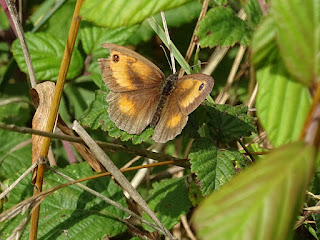 And unsurprisingly quite a few are looking a bit battered now. 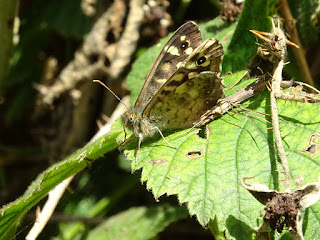 Even the Speckled Woods are showing signs of wear and tear. 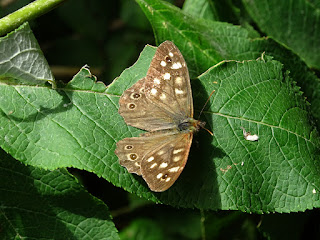 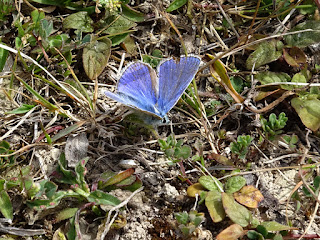 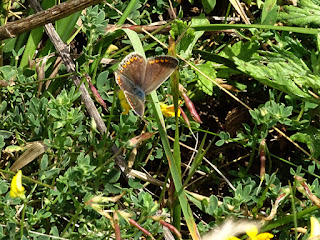 This female Common Blue seems to be in good condition. 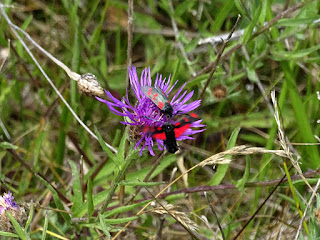 Six-Spot Burnet Moths on a Knapweed. 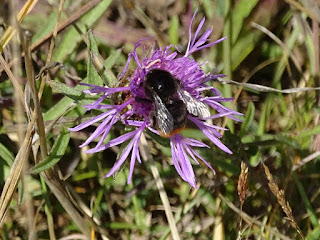 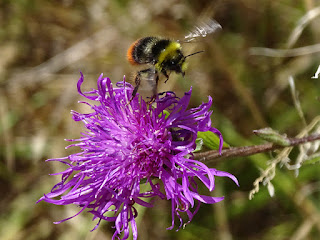 And a male Red-tailed Bumblebee 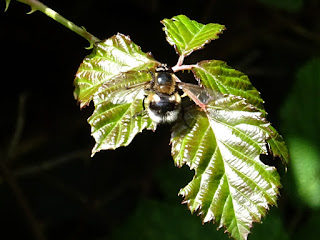 Not the best of photos I'm afraid. However it does look bee-like, but is in fact a Mimic Bee Hoverfly (Volucella plumata) 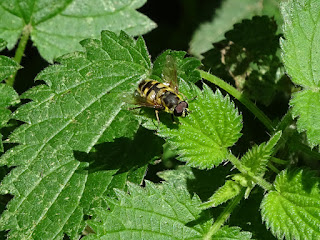 There were dozens of these Dead Head Hoverflies along the hedgerow leading into the copse. A Long-winged Cone-head nymph. I don't know about the long winged, but look at the length of those antennae. 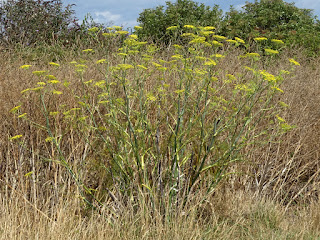 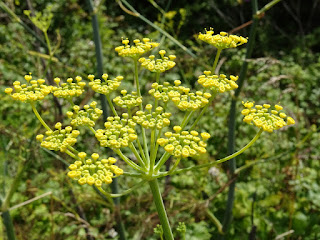 ........Its roots are edible but the shoots and leaves should be handled with caution. More on this plant Here. 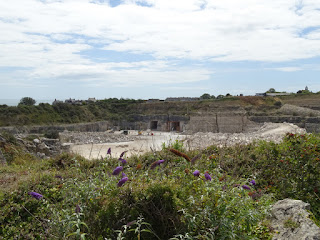 This is Combefield Quarry, which I believe has recently reopened. 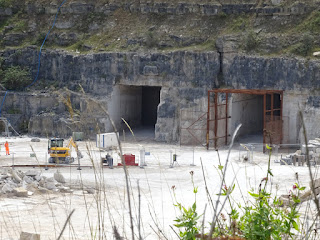 The original entrance was on the right, but a new one has been created. 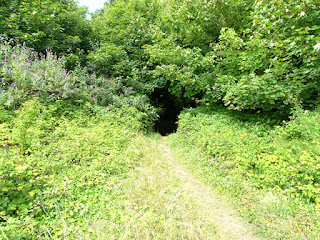 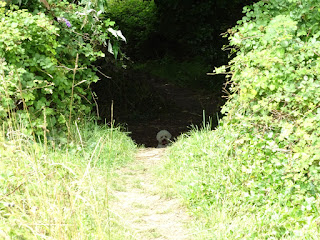 If you go down in the woods today
There will be a Ted in disguise. 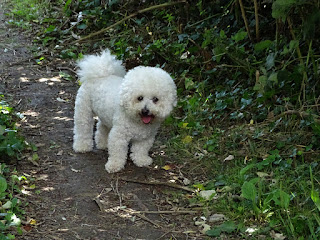 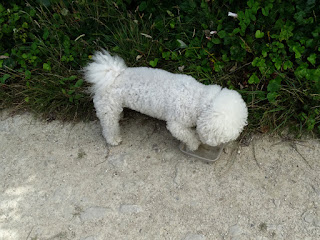 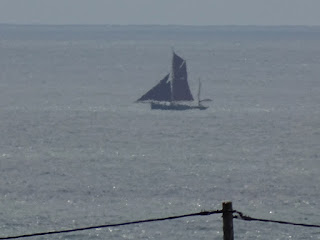 This is the British Sailing Vessel "Pioneer" on its way from Torquay to an unknown destination. More on this vessel Here. 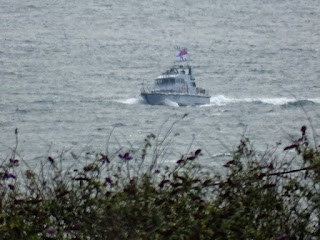