What a beautiful sunny day. It was still pretty cold, but at long last that bitter north-easterly wind we had to endure for the past few days, finally eased right off.

Some good highlights along my walk today, with new additions to my year list with a Grey Wagtail over Park Road (Easton), a Peregrine and Fulmar flying alongside the West Cliffs and 5 Stock Doves and 2 Rooks in the fields to the north of Barleycrates Lane.

I missed out on seeing the Rose-coloured Starling by a minute, according to another birder, who had seen it on a rooftop in Channel View Road. I also failed to find any of the Black Redstarts along Barleycrates Lane, though I did get a female Pheasant.
Also about was a male Stonechat in St George's Graveyard.

One other highlight was watching a climber on the West Cliff and then realising I wasn't the only one watching him, as there was a Grey/Common Seal watching him closely from below. 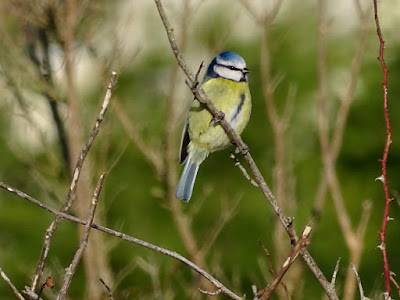 A bit of colour to start off  my walk this afternoon. One of several Blue Tits along the Old Quarry Lane. 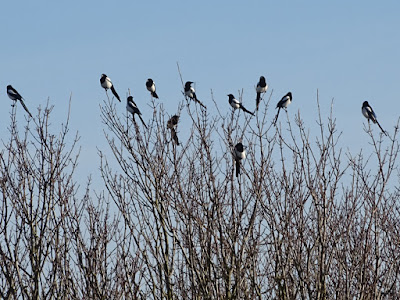 Eleven for health. I go along with that, as far as the saying goes for Magpies. The reason for the Magpies was that a cat was close by. 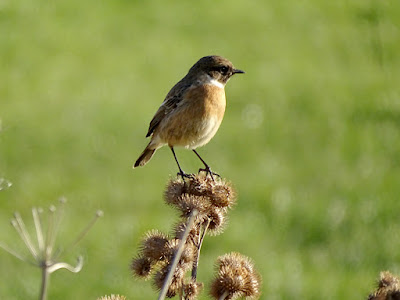 This male Stonechat started off in the sports field and then made its way north........ 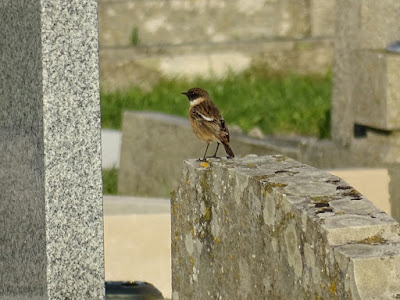 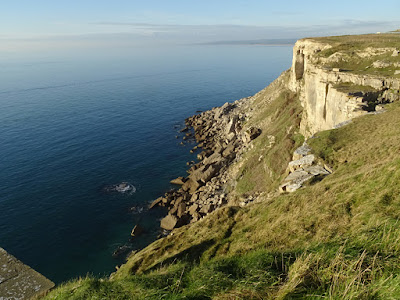 Just south of Blacknor Fort (Now called The Round House) is Mutton Cove just below me. Along here I had a Peregrine heading up the coast and a Fulmar heading the opposite way. What I didn't expect to see here was this........... 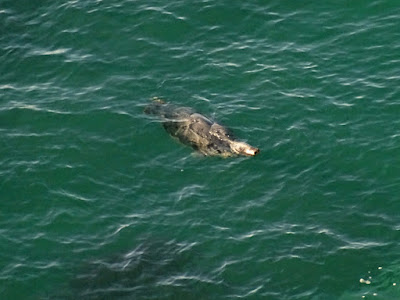 .............Grey Seal. or is it a Common. Either way I would hazard a guess that this is a pregnant female.
She was quite interested in something below me and as I turned to my left I could see a climber just 50 feet or so above here. She watched him for awhile and then dived out of sight. 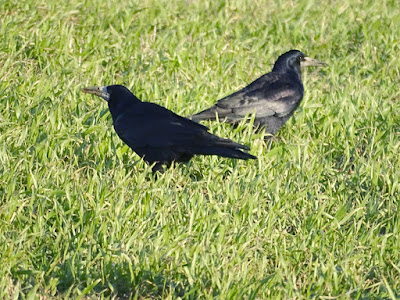 In the field north of Barleycrates lane were 150+ Jackdaws and Carrion Crows, plus these two Rooks. 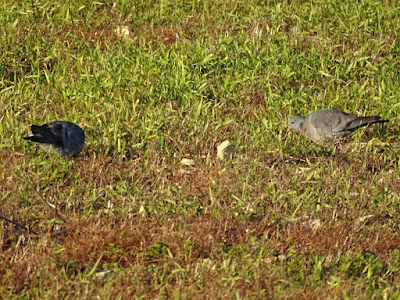 Also in the same field were these two Stock Doves and a further 3 to their right.
Not the easiest birds to actually see, as they spent most of their time feeding, keeping their heads low to the ground. 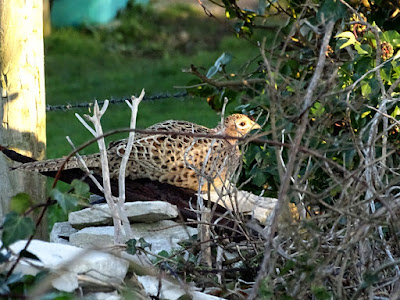 Further along Barleycrates I was hoping to see a Black Redstart by the Horse paddock, but instead I came across this female Pheasant. 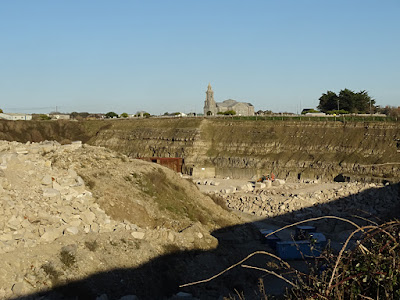 This is Bowers Quarry with St George's Church in the background. It wasn't until I zoomed in,.......... 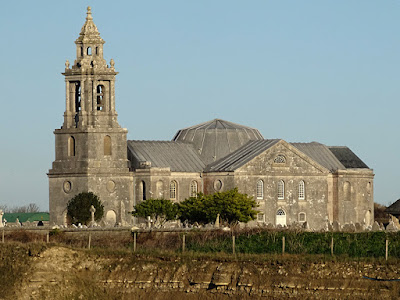 ...........that I realised how precarious the church sits to the quarry edge. Is it me or does that steeple look as if it's leaning a bit to the left. 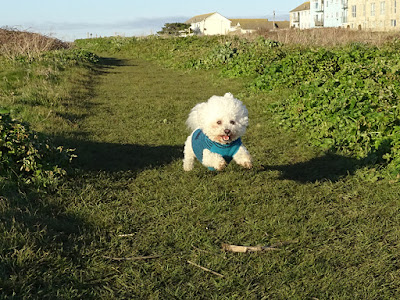 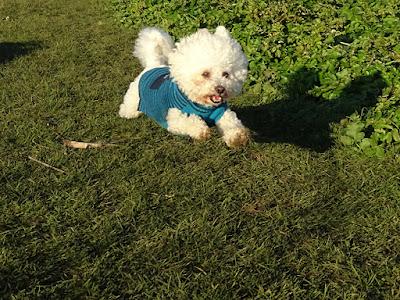 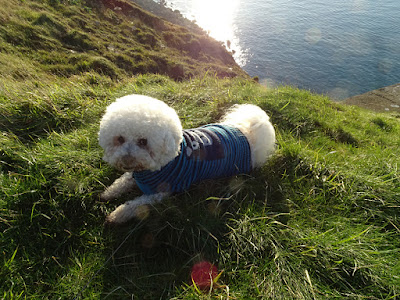 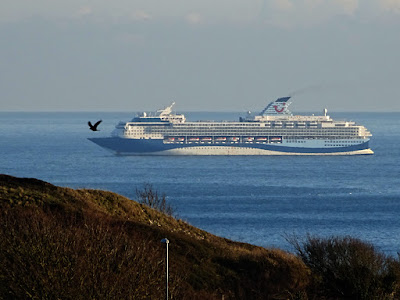 This is the Maltese Passenger Ship "Marella Explorer" just off Portland's east coast. More on this vessel Here 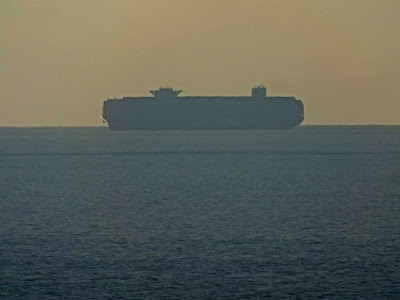