It was a pretty gloomy today weather-wise and with lock-down now being stringently enforced, it was just a quick walk around the local patch for mine and Ted's daily exercise.

Unsurprisingly there wasn't too much to see bird-wise, especially as I left my walk until 3:00pm. And the only highlight was watching an adult Herring Gull and its offspring braving the waves at the cove. 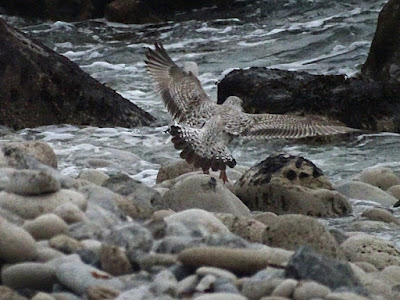 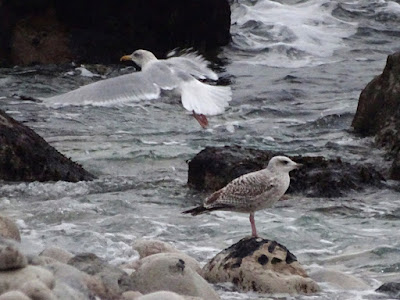 I had assumed that this very smart looking Herring Gull was the other parent, but it always kept its distance. When I say smart, its head, neck, breast and underparts were "pure" white.
I'm now wondering whether this individual may well have been an adult Yellow-legged Gull, as at this time of year, adult Herring Gulls are very streaky round the head and neck. Or is that just wishful thinking. 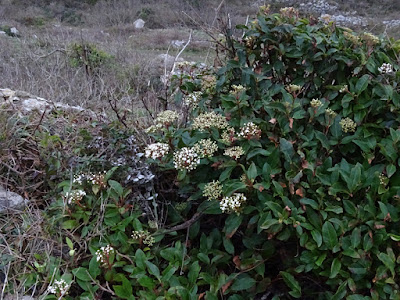 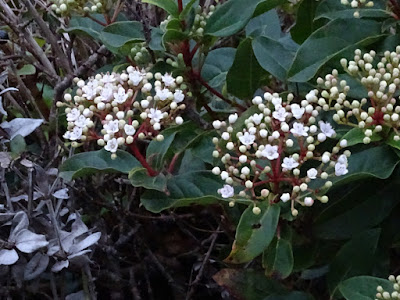 .........coming into flower. It is a native shrub of the Mediterranean and North African maccchia regions and was first cultivated in Britain in the 16th Century. Ever since then it has been a popular garden plant and also on Penns Weare by the looks of it. (More on macchia and maquis Here and V. tinus Here). 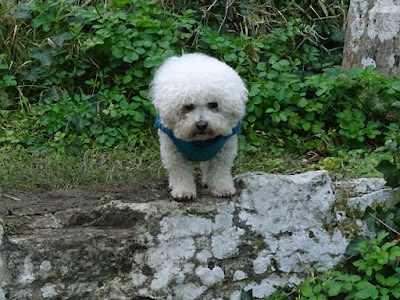 Ted's pose today. Hmm not sure what that's all about. Come on Ted smile
Mammals Recorded: Grey Squirrel 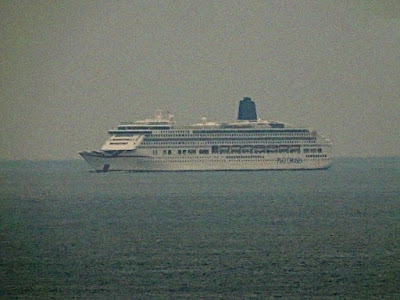 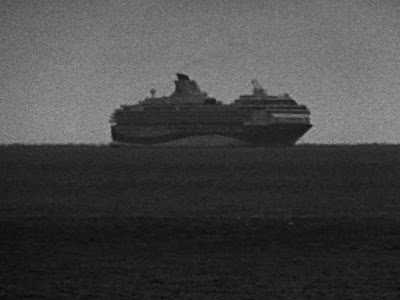 This is the Maltese Passenger Ship "Marella Explorer" still off Portland's east coast. More on this vessel Here 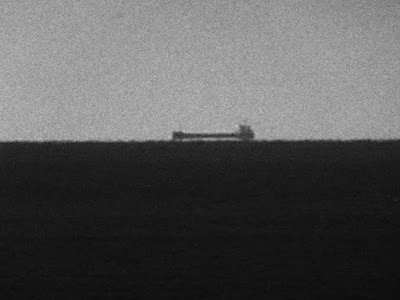 This is the General Cargo Ship "Fehn Companion" flying the flag of Antigua Barbuda. It is on its way from Llanddulas (North Wales) to Rye. More on this vessel here. 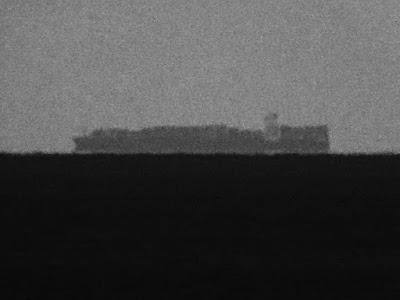