Magazine Date
01-08-20
Magazine Article
So autumn is here. My first bird of the season flew over the nocmig kit at ten minutes past midnight, calling twice. Sounding remarkably like a Whimbrel (apart from the introductory 'pip') it is in fact the garden's second Little Grebe. The closest to home I've seen one is about three miles, so once again the nocmig experience makes me smile in amazement...

I've enjoyed the last few days; there's been a steady trickle of interest. The holiday crowds are here, so avoiding them all has been the strategy, and the Bexingtons are pretty good for that. Between East and West Bex I've chalked up a few bits and bobs, as illustrated below...

And it's not just birds. Yesterday at West Bex I saw my first Clouded Yellow of the year, as well as this not-quite Bambi... 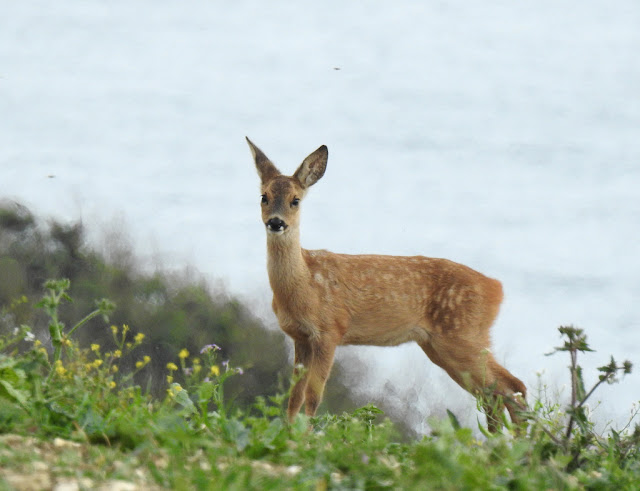 Other birdy highlights include a couple of Sedge Warblers, Whimbrel, another cracking Hobby (at West Bex yesterday) and...er...

Yes, at this point I fully expect to earn myself an August eye-roll emoji from the Wanstead Birder.

Bird Three
This one was today. I'll be honest. In  the field I was happy about its ID, but reviewing the photos later I began to doubt myself. As you will see, plumage-wise it looks a little different to birds one and two. But it is still a Yellow-legged Gull. And quite a stunner actually. Anyway, here it is...


And by way of a change, here's my first juv Lesser Black-backed Gull of the year. It was the only one I saw today, and I wish I'd made a bit more effort to get some snaps...

In the far distance I could see the Abbotsbury beach tented city, where Covid-19 is presumably banned. Sometimes I do marvel at the way my fellow humans carry on... 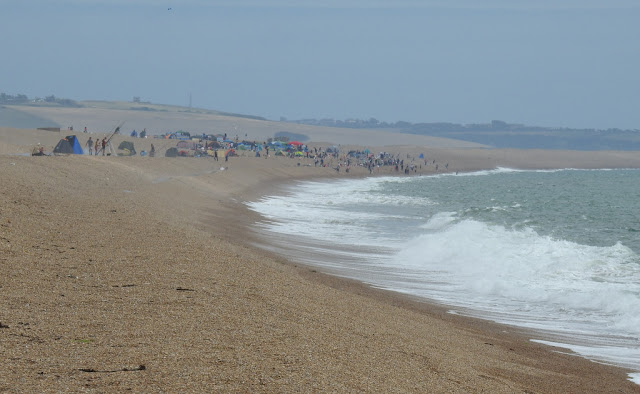